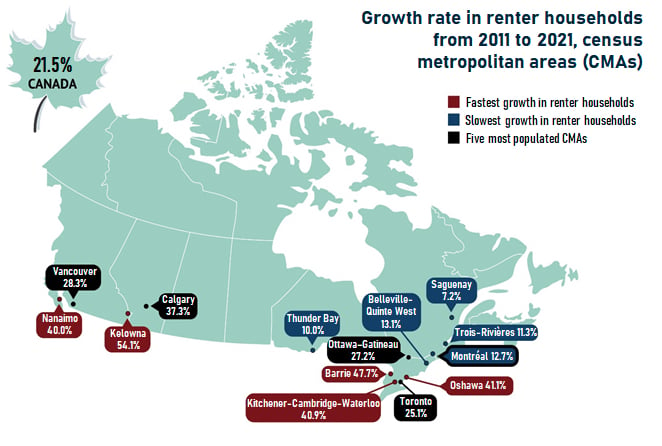 The growth rate of Canadians who are renting or leasing a home far outpaces those choosing to buy.

Builders and developers are reacting to the increase of renters, with Canada Mortgage and Housing Corporation (CMHC) reporting the share of apartments being built for rentals, rather than ownership, has grown in the first half of 2022 compared to the average for the same period in the previous five years.

Calgary has seen its share increase, with construction started on 2,799 rental apartment units as of September this year, the highest number on record, eclipsing the 2,572 rental starts in 2021, according to CMHC.

The increase is attributable to economics, supply and lifestyles, says Jesse Coderre, co-founder of Cityblock Agency, a Calgary-based marketing and sales firm specializing in securing tenants for rental properties.

“I think it’s probably a mix of a lot of things. I just don’t think there are a lot of great options out there for folks right now,” says Coderre. “It’s extremely hard for buyers right now. It’s so difficult to even find a home, not to mention in a community you like at a price you can afford.”

Alberta is experiencing its greatest rate of growth in the last decade, with interprovincial migration expected to be close to 75,000 people this year.

Most of those 75,000 newcomers are most likely to rent before buying, says Arif Maherali, co-founder and CEO of Cityblock.

“I imagine it would likely be high with current inventory constraints,” says Maherali.

“I think renting first is a great idea for people new to the province. It gives them a chance to experience the area where they’re renting before committing to owning. See if the pace and feel fits their lifestyle expectations. And if it doesn’t work, no problem, try another.”

Calgary has seen an influx of investors this year, especially from the Toronto area where homes are up to three times more expensive than in Calgary, with speculators hoping to capture a piece of the rental market.

“Evidently, not significantly enough. Rental rates are at an all-time high and competition for rentals is huge, especially in the more sought-after neighbourhoods,” he says.

According to Rentals.ca, the average Canadian rental apartment was $1,810 a month in September, up about 12% from the previous year.

The shift away from ownership is likely easing the long-running stigma about renting a home versus buying, says Coderre.

“I think the stigma is still there for sure. But the need is out-pacing inventory right now in the ownership market, so options are incredibly limited for folks and therefore, they are having to consider renting more seriously now, even in the interim,” he says. 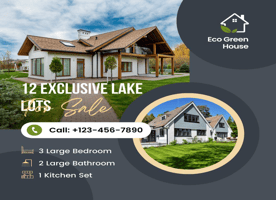 “Leads are the metric that, as marketers, we rely on. Because leads mean money.” - KIPP BODNAR,... 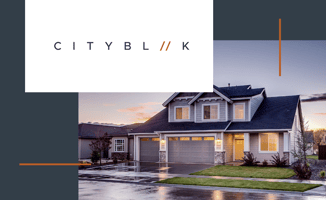 How does the Real Estate market look going into the fall?

The Fall selling season is fast approaching, bringing with it a host of unknowns. 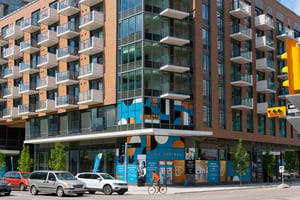 A Generation Turns to Leasing Their Homes

A Generation Turns to Leasing Their Homes   The ramifications of the pandemic have touched every...